What happens in Vegas? Great “starts”. These are uniquely Las Vegas and we are glad that they took a gamble and it paid off!

The Montana senator and copper mining magnate, William Andrews Clark quite literally put Las Vegas on the map when he established it as a maintenance stop for his Los Angeles/Salt Lake Railroad in 1905. At the time, Clark was one of the wealthiest industrialists in the U.S.--second only to John D. Rockefeller--and owned numerous railroads, banks, gold mines, electric companies, cattle and timber interests, and one Mexican coffee plantation. Clark and his business partner, Utah senator Thomas Kearns, promoted the area to American farmers who could purchase plots in the desert for only $1.25 per acre.

The film producer, aviator, and tool manufacturer, Howard Hughes rolled into Las Vegas on Thanksgiving Day in 1966, occupying the penthouse suite of the Desert Inn until the manager, Moe Dalitz, asked him to leave a month later to make room for New Years' Eve guests. Rather than vacate the rooms as requested, Hughes simply purchased the hotel. He proceeded to buy an estimated $300 million in Las Vegas real estate, including the North Las Vegas Airport and several other casinos. However, the oversight of these properties fell exclusively to Hughes' public liaison and "alter ego" Robert Maheu – the reclusive Hughes rarely left his penthouse atop the Desert Inn. 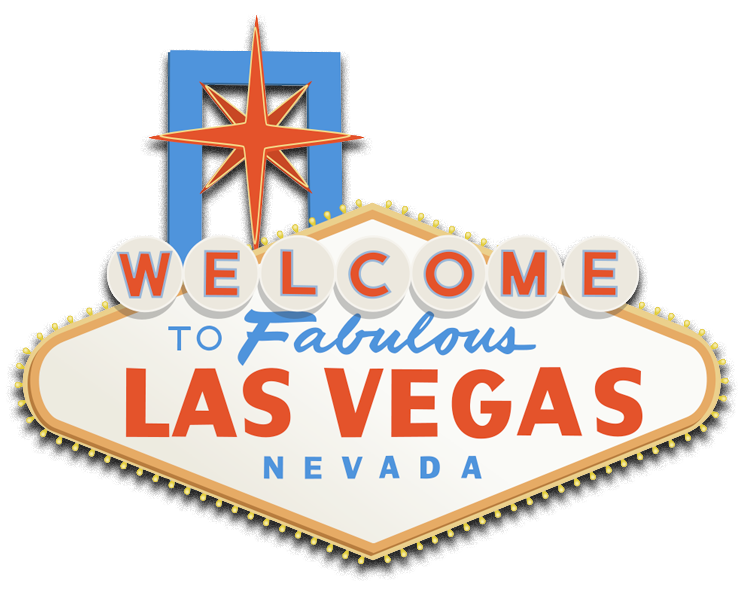 The iconic "Welcome to Fabulous Las Vegas" sign, designed by Betty Willis in 1959, has remained more or less untouched. A Las Vegas native, Willis attended art school in Los Angeles then returned to her hometown where  she launched a career as one the city's first commercial artists.

From Dust to Gold

It’s hard to miss the billboards and other marketing as the Palms Casino Resort reimagines the property, offering and experience after seventeen years.

The Palms first opened on November 15, 2001, to a massive crowd of people. Many celebrities attended the grand opening, including Dennis Rodman, Pamela Anderson, Paris Hilton and Samuel L. Jackson.

Originally developed by the Maloof family, the resort was the destination of MTV’s The Real World: Las Vegas. Their suite is part of reality TV history. From the bedrooms and kitchen to the communal bathroom, you'll recognize every part of this 3,000-square-foot suite from the show. It even has the original "Confessional" in case you need to vent about your suite mates. The suite is one of nine suites, penthouse and villas available in addition to the other guest rooms. In May 2016, Station Casinos purchased the Palms for a reported $313 million. 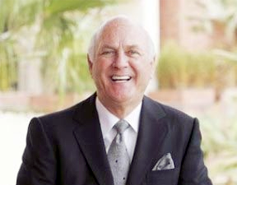 Frank Fertitta, Jr. started Station Casinos in 1976.  He had the foresight to fill a gap in the market for casinos that locals could visit and where casino workers could come after work,  and as a result, opened his first local casino, named "The Casino." People  thought he was crazy, commented his son Lorenzo.

Mr. Fertitta, Jr. died in 2009 from heart complications. Today under the leadership of the Fertitta family, Station Casinos is one of the biggest local casino operators in Las Vegas. 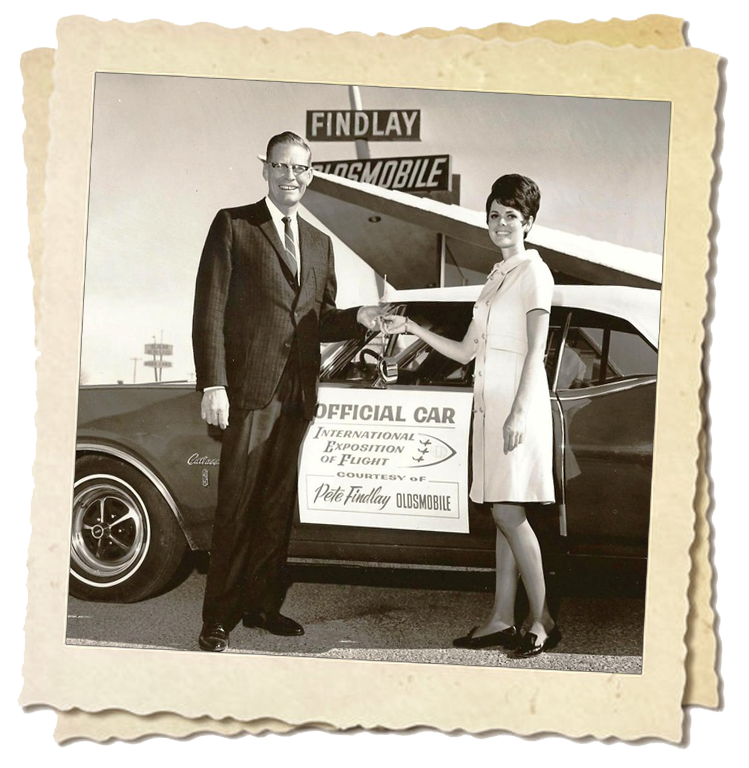 According to those who should know, the continued growth is the result of a dedication to the community. The Findlay name can now be seen in a total of 32 automobile dealerships in Nevada, Utah, Arizona, Idaho and Oregon.

No matter what the economy, Findlay Automotive Group dealerships have maintained a steady commitment to the community. Even when the economy crashed in 2008, they continued their involvement in community events such as youth and college sports programs, along with countless charities and causes.

“We wish an advanced congratulations to all of the 2018 winners!”

It is the vision of ‘Sir' Harry Cowell, a British musician and record producer to “keep the band together” with a successful show in Las Vegas and a county version in Branson, Missouri, “the other strip.”

“It’s a great show and our audiences really love it,” begins Cowell, who is no relation to Simon Cowell.

“We just put on a great show with performers that helped make the music,” says Cowell in his British accent.

Cowell is quick to point out that this is a true production show and not just a band playing covers. He lives between West London, Las Vegas and Branson. 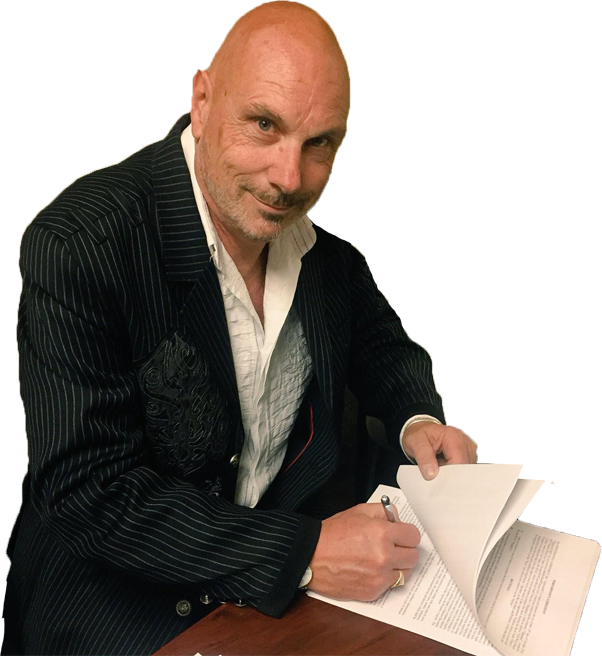 Sir Harry is the producer and his company Papa Entertainment PLC are behind Raiding the Rock Vault, which started at the Las Vegas Hilton (now the Westgate) on the old Elvis Presley stage. The show has quickly grown in popularity on TripAdvisor and has been voted Best Tribute Show for the past four years in the Best Of Las Vegas. The show moved from the Westgate to The Tropicana Hotel and Casino and then to its current home in March 2017 at The Hard Rock Hotel & Casino.

In mid-2016, Cowell launched his second show "Raiding the Country Vault” in Branson, MO. “The people that come to Branson really enjoy it. The format works and our audience growth support that fact.”

It starts in Vegas

Great feature about the city!

Downtown Las Vegas casino executive Derek Stevens says the Circa resort under construction at Main and Fremont streets is still on target for a December opening.

The Golden Knights gained a trusty steed Thursday. The NHL team announced that ...

The iconic Fountains of Bellagio will celebrate the return of Las Vegas casinos ...

Fremont Street Experience is ready for a walk, reopening its pedestrian mall at 8 a.m. Wednesday. FSE’s Viva Vision video screen will display a 144-hour countdown leading to the moment, at 12:01 a.m. Thursday.

Updating: Which Las Vegas casinos, restaurants will reopen and when

More than two months into a state-mandated shutdown, several Las Vegas hotel-casinos and restaurants are planning to reopen their doors to the public June 4.

Derek Stevens hadn’t expected such an aerial assault. Within two hours after offering 1,000 free, one-way flights to Las Vegas, the owner of the D Las Vegas and Golden Gate was summoning the reserves.

Several Las Vegas casinos are a little over a week away from reopening their doors.

Gov. Steve Sisolak has yet to lift all shutdown orders in Nevada, but airlines and Las Vegas resorts already are working to persuade travelers to book their next vacations.